Chris had a tough night. Two on one was not surprising, but fun. Many important points made, like throwing Bernie, AOC PLUS 3, and the rest, to the wolves! Radical Left is dumping Sleepy Joe. Zero Democrat enthusiasm, WEAK Leadership! twitter.com/nytimes/status…

As the moderator of tonight’s debate, Chris Wallace of Fox News repeatedly struggled to keep the proceedings coherent, reduced at times to pleading with the president to pause and allow his opponent to speak.
nyti.ms/30j5wno pic.twitter.com/OkW7eyZcvf 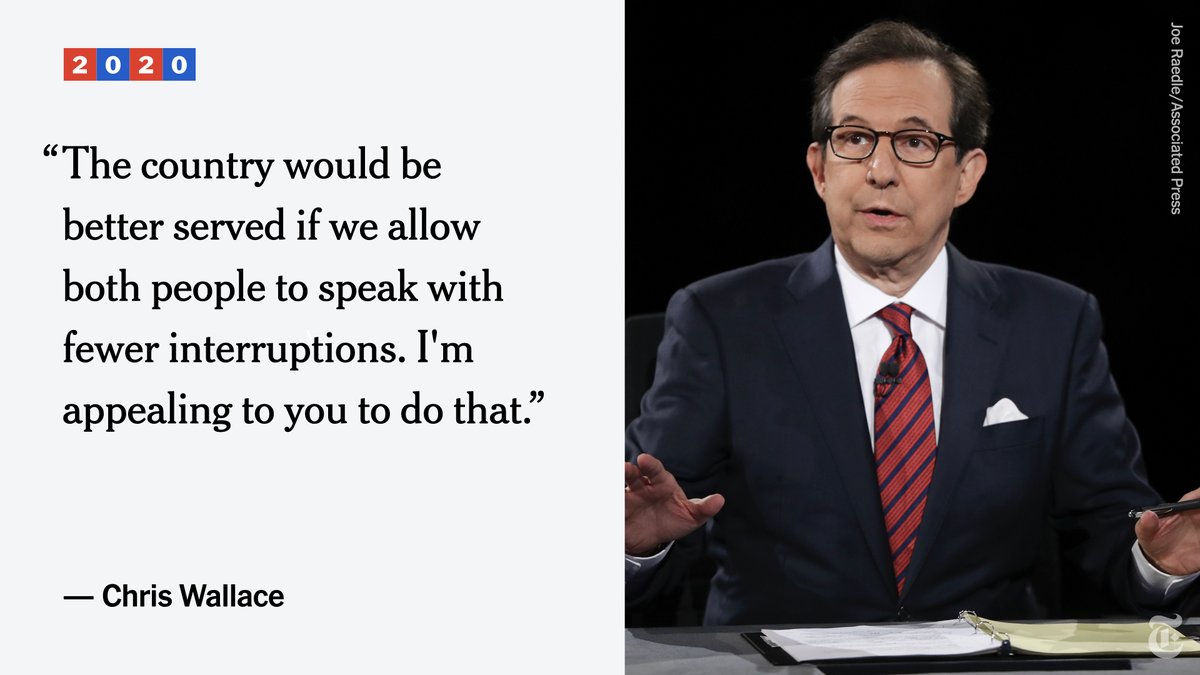