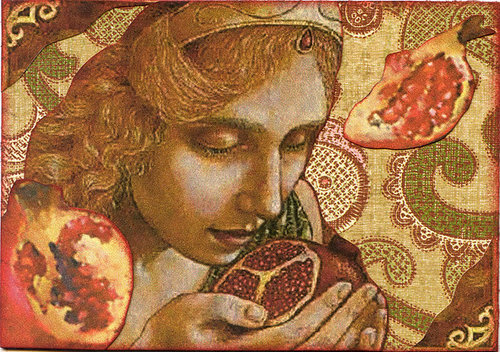 The Nobel Prize in Literature was awarded to Louise Glück, the American poet, “for her unmistakable poetic voice that with austere beauty …

A Myth of Devotion by Louise Glück – Poems | Academy of American Poets
Thursday October 8th, 2020 at 7:37 AM

When Hades decided he loved this girl
he built for her a duplicate of earth,
everything the same, down to the meadow,
but with a bed added.

Everything the same, including sunlight,
because it would be hard on a young girl
to go so quickly from bright light to utter darkness

Gradually, he thought, he’d introduce the night,
first as the shadows of fluttering leaves.
Then moon, then stars. Then no moon, no stars.
Let Persephone get used to it slowly.
In the end, he thought, she’d find it comforting.

A replica of earth
except there was love here.
Doesn’t everyone want love?

He waited many years,
building a world, watching
Persephone in the meadow.
Persephone, a smeller, a taster.
If you have one appetite, he thought,
you have them all.

Doesn’t everyone want to feel in the night
the beloved body, compass, polestar,
to hear the quiet breathing that says
I am alive, that means also
you are alive, because you hear me,
you are here with me. And when one turns,
the other turns—

That’s what he felt, the lord of darkness,
looking at the world he had
constructed for Persephone. It never crossed his mind
that there’d be no more smelling here,
certainly no more eating.

Guilt? Terror? The fear of love?
These things he couldn’t imagine;
no lover ever imagines them.

He dreams, he wonders what to call this place.
First he thinks: The New Hell. Then: The Garden.
In the end, he decides to name it
Persephone’s Girlhood.

A soft light rising above the level meadow,
behind the bed. He takes her in his arms.
He wants to say I love you, nothing can hurt you

but he thinks
this is a lie, so he says in the end
you’re dead, nothing can hurt you
which seems to him
a more promising beginning, more true.