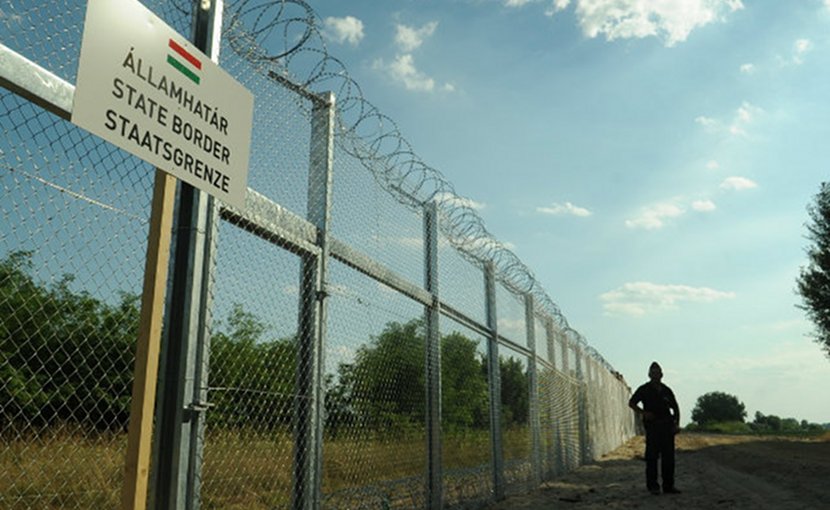 The European Commission is proposing, as part of its new migration pact, to create independent monitoring mechanisms to investigate allegations of migrant rights abuses. Central and Southeast European member states have reasons to resist this.

While pro- and anti-migration governments and groups gear up for tough negotiations over the European Commission’s new migration and asylum plan released in September, buried in the proposals and largely overlooked in the first analysis are provisions for member states to implement an independent border monitoring mechanism. With Brussels considering linking the rule of law to EU funds, this monitoring mechanism could end up being a highly contentious issue for the governments of Central and Southeast Europe.

The European Commission’s New Pact on Migration and Asylum, designed to solve the vexed issue of migration that has riven the bloc since the migrant crisis began in 2015, received mixed views that depended on which side of the debate each party sits.

The main aim of the pact, according to the European Commission, is to streamline the migration and asylum process for “irregular arrivals” via faster screening, security checks, health checks and a decision on which country would be responsible for each application.

“In search of consensus, the Commission has bowed to anti-migration governments in its migration and asylum pact,” Oxfam tweeted, assessing that the proposals will merely perpetuate the current situation “instead of abolishing a failed system”.

Hungarian Prime Minister Viktor Orban, who together with the other leaders of the Visegrad Four (V4) – Czechia, Poland and Slovakia – has steadfastly resisted the idea of migrant quotas whereby arrivals would be distributed to countries around the bloc, described the tone of the pact as better, “but there is no breakthrough”.

Although the notion of mandatory migrant quotas has been shelved, replaced with the idea that countries reticent about receiving migrants and asylum seekers should help out in other ways, Zoltan Kovacs, spokesman for Orban, pointed out on Twitter that: “Though it appears under a different name in the European Commission’s new package of proposals on migration and asylum, the migrant quota is still there, and Hungary opposes it, along with Poland and the Czech Republic.”

Czech President Andrej Babis tweeted following a meeting between the V4 and Commission President Ursula von der Leyen that, “the protection of Europe’s border and the cessation of illegal migration” must be the main components of the new migration pact.

The negative reception by the V4 to the new pact was seen by many as positioning prior to the upcoming negotiations. As Catherine Woollard, director of the pro-migration Brussels-based think tank the European Council on Refugees and Exiles, pointed out, the new pact “consolidates the strategy of preventing arrivals rather than aiming to make asylum work in Europe. Given this, the unhappiness of the anti-migration populists, including the V4, is hard to fathom. The Pact is kind of what they wanted, but still it is not enough”.

Included in the pact are provisions for member states to develop and implement an independent border monitoring mechanism, “to ensure full respect of [migrant] rights from beginning to end of the process.” This, some believe, could represent the biggest sticking point for the V4 countries.

“We will propose a new independent monitoring mechanism for all Member States to implement in guidance with the European Agency for Fundamental Rights to make sure that there are no push backs at the borders,” European Commissioner for Home Affairs Ylva Johansson said in a speech on September 23 as she unveiled the New Pact on Migration and Asylum.

While it is still not entirely clear how this new mechanism will be built and made viable, establishing structures with a mandate to monitor border procedures and investigate allegations of violations in border procedures could be a significant development.

“It is a positive recognition of the need for independent oversight over reception and border control operations,” the Greek ombudsman, Andreas Pottakis, told BIRN. “With many of my colleagues, we have stressed this has been necessary for a long time. We have to see how member states will respond to this proposal.”

Over the past few years, several member states on Europe’s periphery have taken steps to reduce any existing oversight over their border control tactics and ignored calls to investigate related allegations.

For example, following an anonymous complaint in March 2019 by a police officer working at a Croatian Border Police Station, the country’s Ombudswoman informed the State Attorney General who failed to act. She then brought the complaint before the relevant parliamentary committees in June 2019, in accordance with her mandate. Parliament failed to act as well, leading the Ombudswoman with the only remaining option of directly informing the public herself.

And previously, in 2017, a tripartite border monitoring agreement between the UNHCR (the UN Refugee Agency), the Hungarian Helsinki Committee (HHC) and the Hungarian Police, to support the right to access to territory and to the asylum procedure in practice was terminated by Budapest after ten years. In 2018, the Hungarian government introduced the ‘Stop Soros’ law, which “criminalises activities in support of asylum applications and further restricts the right to request asylum”, the EU accused in a lawsuit against Hungary filed with the Court of Justice of the EU in Luxembourg in 2019.

Marta Pardavi, co-chair of the HCC, told BIRN: “Besides intimidating [Hungarian] civil society, these measures were intended to block information about abuses and ill-treatment from coming to the surface. Monitoring has an important role in preventing inhuman treatment and human rights abuses, and outlawing independent monitoring allows violations to remain unnoticed.”

“Although states have a right to control borders, they also have a duty to protect human rights at border situations. But, in practice, there is an inherent tension between law enforcement at the border and the presence of independent monitors. It is hard to see how members states that have moved against the latter will easily accept the Commission’s proposal,” she said.

Since 2015, allegations of violations of EU and international law on the external borders of Europe have mounted. Accusations of violent beatings and torture followed by push backs involving authorities from Croatia, the Czech Republic and lately Romania have been regularly reported. However, the Commission has been reluctant to confront member states over this issue, often claiming that it does not have the mandate to investigate allegations.

Internal monitoring tools of the European Border and Coast Guard agency (Frontex), which has been set up by the European Commission to coordinate border control and forced returns operations among member states, have also failed to deliver oversight over alleged violations during operations. Lack of internal reports has occasionally been presented by top EU and Frontex officials as evidence of lack of evidence.

Last year, a new regulation mandated Frontex to increase personnel that monitor the operations that it coordinates and participates in, but this would still remain an internal control mechanism, not independent oversight.

“This brings again to the forefront the issue of an existing deficit of independent oversight on operations in which the EU is increasingly involved, which under the current arrangement remains unaddressed,” said Pottakis, the Greek ombudsman.

Members of the V4, as well as EU states on the external borders of the EU – Croatia, Bulgaria and Romania – have good reasons to kill the idea of independent monitoring either during the negotiations or the implementation phase of the new pact.

These countries were, to varying degrees, slated by the European Commission in its first annual Rule of Law Report, released on September 30, for flouting various democratic norms. Together with the proposed annual Migration Management Report, these two documents could play a considerable role in the attempts to introduce conditionality to allocations from the EU budget and the 750 billion-euro recovery fund – a move favoured by some Western European states but one which is being fought bitterly by the V4.

Woollard from the ECRE warns that the wording of the proposal as released by the European Commission will limit its impact and thus its effectiveness only during screening checks. The ECRE plans to propose potential amendments to make it as useful as possible. “These will cover issues like the necessary independence and resources of the bodies managing the mechanism in each member state and the widening of the scope of the mechanism to cover all actions at the border,” she told BIRN.

The call for the creation of an independent monitoring mechanism could also affect the pending reforms of EU legislation on forced returns. An amendment asking member states to ensure that, “independent forced-return monitors, adequately trained on fundamental rights, duly monitor all forced-return operations” will be considered during October.

In October, the Consultative Forum – a Frontex advisory body made of other EU agencies, UN migration and refugee agencies, and major international NGOs – issued recommendations for the improvement of the agency’s monitoring capacity, calling on Frontex “to strengthen the effectiveness and independence of the pool of forced return monitors”.

The article Who Will Watch The Watchmen On Europe’s Borders? – Analysis appeared first on Eurasia Review.