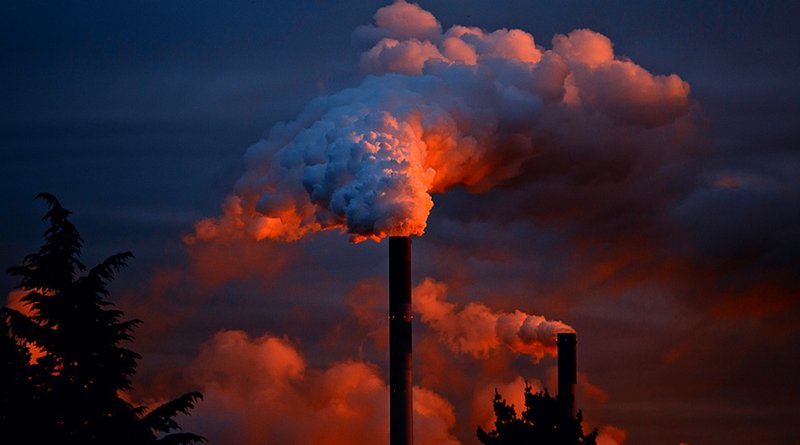 China has yet to explain how it can reconcile plans for thousands of high-polluting projects with President Xi Jinping’s pledge to achieve “net-zero” carbon emissions before 2060, energy and environmental experts say.

So far, the government has continued to allow investment in coal-fired power plants and energy-intensive infrastructure despite Xi’s recent promise that China will reach peak emissions before 2030 and become carbon neutral less than four decades from now.

Xi has won international plaudits for upgrading China’s climate targets in his video address to the U.N. General Assembly on Sept. 22.

In 2015, China committed to reaching a peak in emissions of carbon-dioxide (CO2) “around 2030” under the Paris climate accords. Last month, Xi moved the deadline up to “before 2030” while setting a goal of eliminating net CO2 releases before 2060 for the first time.

But the ambitious net-zero objective, which would require sweeping restructuring and a virtual end to coal consumption, was covered in a single sentence without elaboration or interim benchmarks to explain how it would be achieved.

“The one-sentence announcement leaves plenty of space for different readings, the least ambitious being that there’s still another decade of time to build more fossil fuel infrastructure and increase emissions,” wrote environmental campaigner Lauri Myllyvirta on the website of the Center for Research on Energy and Clean Air.

Indeed, Xi’s sketchy outline of action may be designed to deliver the best of both worlds, offering hope to climate activists for long-term carbon solutions while leaving room for economic stimulus to recover from the COVID-19 crisis in the near to medium term.

“This is a landmark announcement as China has set out an ultimate end-point emissions target,” said Helen Clarkson, CEO of the London-based Climate Group.

“Leaders from across the world will be keen to understand the details of how China will progress in achieving these actions,” Clarkson said, as quoted by the official Xinhua news agency.

“It is difficult to reconcile these with Xi Jinping’s rhetoric,” said Andrews-Speed.

This week, a group of leading researchers issued a roadmap of proposals, outlining how China could reach the 2060 goal. It called for tough cuts in emissions mainly after 2030 and an “enhanced mitigation scenario” before then, according to an article on the website of China Dialogue, an independent NGO dedicated to China’s environmental challenges.

But the article cautioned that the plan is not yet official, adding that “this does not mean China will immediately fast-track deep decarbonization.”

Details of China’s climate measures could be forthcoming in the government’s 14th Five-Year Plan for 2021-2025, which may be outlined later this month before its expected release next March.

Until then, it will be hard to evaluate the conflicting effects of Xi’s targets and economic stimulus measures.

“Either his speech was just point-scoring aimed at the United States, knowing that anything can happen over the next 40 years, or there is a ‘cunning plan’ about to be rolled out,” said Andrews-Speed.

“If the latter, the investment currently underway will either be unused and stranded with consequent financial loss, or the measures to pursue carbon neutrality will have to be more vigorous than would have been the case if announced early in 2020,” he said.

Michal Meidan, director of the China Energy Program at the Oxford Institute for Energy Studies, said that Xi’s climate pledges “seem to have taken the domestic bureaucracy by surprise to a certain extent.”

“The various provincial and ministerial officials will now need to translate those announcements into concrete policies, and it remains to be seen whether this level of ambition will be visible in the 14th Five-Year Plan, especially as it relates to coal,” Meidan said.

In its annual World Energy Outlook this week, the International Energy Agency (IEA) noted that some countries have already set targets for carbon neutrality by 2050 or earlier in keeping with the IEA’s “sustainable development scenario,” with the goal of making net-zero emissions worldwide by 2070.

Countries including Denmark, France, Germany, New Zealand, Sweden, and the United Kingdom have committed to meeting the 2050 or earlier deadlines by law.

“To reach net-zero emissions, governments, energy companies, investors and citizens all need to be on board — and will all have unprecedented contributions to make,” the IEA said.

But so far, China’s priority has been economic recovery. The country has faced growing international criticism for its plans to build more coal-fired generation despite overcapacity and under-utilization of plants it has already built.

In July, U.N. Secretary-General António Guterres blasted the practice during an online forum for students at Tsinghua University.

“It is deeply disturbing that new coal power plants are still being planned and financed, even though renewable offer three times more jobs, and are now cheaper than coal in most countries,” Guterres said.

A study released in September by the U.K.-based website carbonbrief.org found that China’s economic recovery plans are likely to have climate impacts that go far beyond the effects of the unneeded coal plants.

The analysts found a total of 4,348 projects listed in the plans of eight leading provinces with a combined value of 19.9 trillion yuan (U.S. $2.93 trillion).

The study found that planned spending for fossil fuel-related projects was three times higher than that for low-carbon projects.

But the low-carbon budgets would be dwarfed by spending for high-impact projects in sectors like oil refining, coal-to-chemical development, coal transport, coal power generation and natural gas pipelines, the study found.

In all, 13 percent of planned spending could be categorized as low-carbon, while fossil fuel-related projects account for 35 percent with an additional 10 percent devoted to road building, it said.

While the report cautions that provincial listings are no guarantee that the projects will proceed, Premier Li Keqiang made clear in a teleconference with Communist Party members in September that the central government will continue its policy of promoting economic growth by delegating approval authority to lower levels and cutting red tape.

The policy of shifting approval power for new coal-fired plants to the provinces in 2015 has been blamed for a wave of new projects, which the central government then tried to stop.

Xi’s net-zero commitment seems to imply that Beijing will eventually have to revisit the issue of local authority or drastically change the incentives for local officials. But with 2060 still far in the future, it is unclear whether the 14th Five Year Plan will lay the groundwork for meaningful change.

The study of provincial plans serves to highlight China’s addiction to carbon-emitting projects as a source of economic growth, regardless of where the approval authority lies.

Environmental advocates argue that low-carbon investments and renewable power are reliable sources of new jobs, but the provincial plans are a sign that transition is not as simple as flipping a switch.

China’s economy has been wedded to infrastructure-building for expansion, and an analysis last month by Moody’s Investors Service sees little chance of change in the coming recovery years.

“The Chinese government aims to use infrastructure investment to boost economic growth, and has announced a series of stimulus policies that will support infrastructure projects by reducing finance costs, broadening funding channels and easing fiscal constraints on regional and local governments and state-owned enterprises (SOEs),” said Ivy Poon, a Moody’s vice president and senior analyst.

“While innovative and green infrastructure investment is a new focus, traditional infrastructure projects, such as on major transportation and water conservancy, will continue to be a key driver of infrastructure spending,” ET Net News Agency quoted Moody’s as saying.

Unless the 14th Five-Year Plan lays out a clear path for progress toward net-zero emissions, Xi’s pledge for 2060 may prove to be little more than an attempt to extend his influence over China for decades to come.