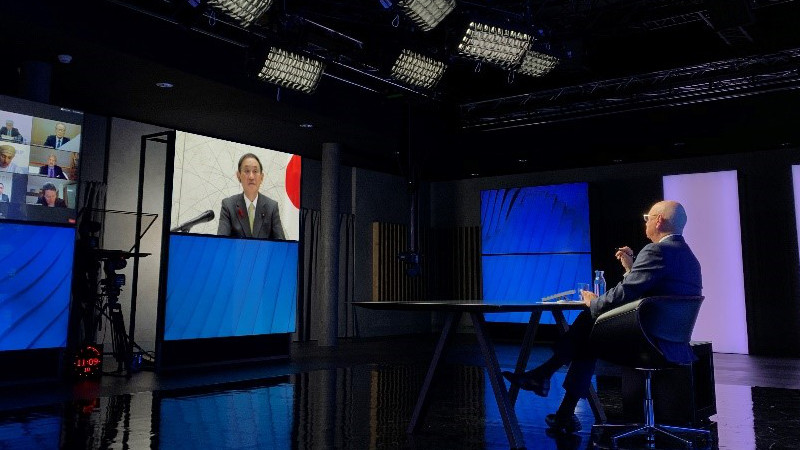 Over 130 business leaders from the World Economic Forum’s community participated in the “Special Dialogue with Prime Minister SUGA Yoshihide”.

“Japan has been a leader in the COVID-19 pandemic response,” said Professor Klaus Schwab of the World Economic Forum. “We heard directly from Prime Minister Suga on global cooperation and Japan’s priorities and we look forward to the dialogue ahead.”

In the virtual session, the Prime Minister outlined the policy priorities for the Government of Japan including regulatory reform and promotion of digitalization. Strategies for the post-COVID recovery were discussed.

In the opening remarks, the Prime Minister Suga referred to Chairman Schwab’s book and agreed with his view that it is in the face of the crises that we need to transform our economic and social systems, and that there is an opportunity to do so.

He also highlighted Japan’s contributions to the international community especially in the field of global health, rule-making for free and fair global-economy and advancing the sustainable development goals (SDGs) among other issues.