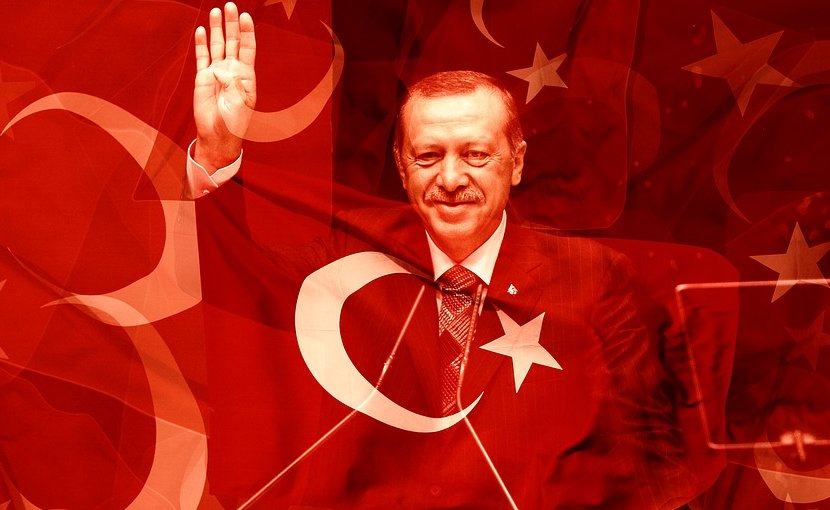 Current Turkish foreign policy may be best illustrated by former US President Theodore Roosevelt’s big stick diplomacy proverb, only in reverse. That is, walk loudly and carry a small stick. Under the ultra-nationalist leadership of Recep Tayyip Erdogan, Turkey’s geopolitical ambitions have become increasingly confrontational, reckless, and overambitious. Its insistence on challenging territorial boundaries, disavowal of international norms and laws, unchecked unilateralism, and courtship of unsavory non-state actors have earned it the alienation of its neighbors, unprecedented diplomatic isolation, and the rebuke of erstwhile allies. These ill-advised initiatives have left it with fewer strategic partners and a growing number of geopolitical adversaries.

A recent flare-up in hostilities between Azerbaijan and Armenia in the disputed Nagorno-Karabakh region has drawn in Turkey, who has thrown its political and diplomatic weight behind Baku, a fellow Turkic-dominated state who benefits from Turkish-made drones in the ongoing conflict. Ankara has also shipped Syrian mercenaries to the Azerbaijani side to tip the scales against archenemy Armenia, although it denies doing so. This escalation has likely irked Russia, who is not only the traditional regional power broker, but also maintains a security pact with Armenia. On October 10th, Russia brokered a tenuous ceasefire that lasted less than 24 hours. Shortly thereafter Turkey issued a statement calling on Armenia to completely withdraw from the Nagorno-Karabakh region as a precondition for peace talks.

This position complicates the Russian-led mediation effort not only because it supports a radical departure from the 30-year status quo, but also highlights Turkey’s intransigent stance on the conflict. On October 13th, Turkish politician Devlet Bahçeli insisted that “Armenia was the side that violated the ceasefire as expected. Negotiating with the killer returned as bullets and bombs. Nagorno-Karabakh should not be taken on the table [through diplomacy], but should be taken via hitting Armenia in the head.” Bewildering as it may sound, deconfliction through heightened hostilities appears to be Ankara’s modus operandi at large.

Turkey has also been at odds with Greece, Cyprus, Israel, and Egypt over gas reserves in the Eastern Mediterranean. These maritime territorial disputes stem from Turkey’s refusal to acknowledge the UN-mandated Law of the Sea Convention (UNCLOS), an international, maritime regime demarcating Exclusive Economic Zones (EEZ) up to 200 miles offshore. Turkish-Greek relations in particular have plummeted as a result of Ankara’s dismissal of UNCLOS, and the rival states have engaged in military brinkmanship and traded barbs.

In a September 5th statement, Turkish President Recep Tayyip Erdogan lambasted his adversaries in Athens, stating “They’re either going to understand the language of politics and diplomacy, or in the field with painful experiences.”  On October 12th, Turkey ratcheted up tensions when it dispatched a ship just south of the Greek island of Kastellorizo to conduct seismic surveys. In addition to Greek, French, and European Union (EU) statements admonishing the move, the US State Department lent its voice to the choir in an October 13th release. “Coercion, threats, intimidation, and military activity will not resolve tensions in the Eastern Mediterranean. We urge Turkey to end this calculated provocation and immediately begin exploratory talks with Greece. Unilateral actions cannot build trust and will not produce enduring solutions,” the statement read.

Turkey has become entrenched in the Syrian and Libyan civil wars opposing militarily superior Russia in both instances. In Libya, Ankara’s endgame is extracting energy resources from the beleaguered Government of National Accord’s (GNA) EEZ in exchange for arms and diplomatic backing. But as Turkey ramps up its military involvement in Syria, expect the same from Russia, the United Arab Emirates, France, and Egypt, who back the Benghazi-based Libya National Army Government under General Khalifa Haftar. Despite its initial success in turning the momentum in the GNA’s favor, Turkey cannot compete against the combined forces of the four aforementioned militaries in a protracted conflict.

This is a lesson it failed to learn in Syria, where after almost 10 years of involvement Turkey has failed to secure a 20-mile buffer zone in Northern Idlib province, due largely to Russia’s backing of the Syrian Arab Army (SAA). And while Ankara has been successful in driving Kurdish militias from the northern border regions, it must contend with millions of Syrian refugees who are a constant drain on its economy.

In August of this year, Turkey allegedly activated one of its Russian-made S-400 air defense systems to track a Greek F-16, angering not only Greece, but multiple other NATO members. Chief among these was the United States, who views the S-400 purchase as a threat to its fifth-generation F-35 stealth fighter jet. The larger concern is that Turkish activation of the system, which Russia can monitor, will expose critical data on NATO weapons systems. After acquiring the vaunted anti-aircraft system last year, Ankara was barred by Washington from purchasing its F-35 jet fighter. In the meantime, the US and other NATO member nations have considered sanctioning Turkey as punishment for undermining its security obligations to the military alliance. Ultimately, Turkey must decide where its loyalties lie, because its NATO membership may eventually be at stake.

While Turkey’s force projections beyond its borders are meant as a show of ascendant military strength, these campaigns have yielded little in terms of substantive geopolitical gains. The reason being Ankara has little appetite for fully investing its own resources to realize its geostrategic goals.  Instead, foreign mercenaries and jihadis have been entrusted to secure Ankara’s foreign interests. Nearsighted, band aid solutions like these underscore a failure to assess the complexities of the civil wars and regional geopolitical powder kegs in which Turkey has become ensnared.

The steady stream of provocative, bellicose rhetoric from Turkey’s leaders is likely a diversion from the struggling economy and erosion of democratic institutions. But the international community’s patience has worn thin of this tactic. In order for the Turkish state to salvage its legitimacy, it must scale back the polarizing policies and cavalier attitudes that are ostracizing it at a rapidly increasing rate. The sooner Ankara realizes the scope of its foreign policies are not sustainable, the sooner it can forego its ill-advised adventurism and mend regional and global ties.

*Andrew Leonard is a freelance writer covering foreign policy and international politics. He has previously worked as a sportswriter and also served as a special interest columnist while in college.

The article Turkey Punching Above Its Weight On World Stage – OpEd appeared first on Eurasia Review.