A supporter received ballots for 18 people who do not live at the house he rents in Las Vegas! He doesn’t know any of them. This is a mess! pic.twitter.com/IN2dAdiBO5 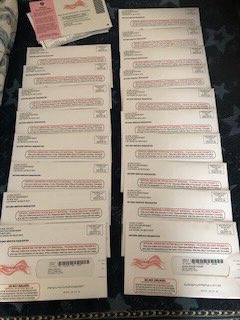