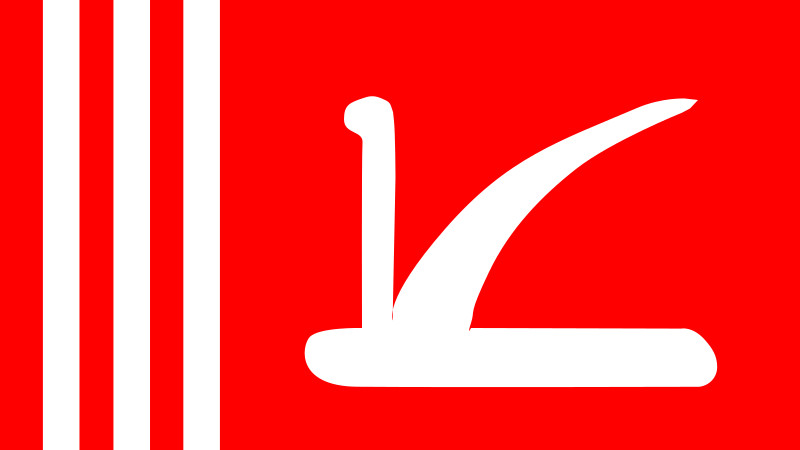 Flag politics which seems to have become the new norm in Kashmir is perhaps a diversion manufactured by politicians who have nothing meaningful to offer to the people as is evident from PDP chief Mehbooba Mufti’s first press conference on October 23 after her release from a 13-month long detention. Prominently placed on her table during the presser was the erstwhile Jammu Kashmir Flag and a defiant Ms Mufti announced that she would not budge a single step unless Article 370 and flag of JK was restored. She further said, “We will not raise any flag till the time last flag is given back.”

That Ms Mufti has chosen to play politics on the issue of the national flag is not only paradoxical but also comical. Wasn’t this the very flag that she and her father (when in power) had in the past saluted umpteen times with great reverence when they were in power? It’s no secret that Late Mufti Mohmmad Syed’s got the coveted post of India’s Home Minister at a time when militancy had started to raise its ugly head in J&K because the then Prime Minister VP Singh wanted to portray his government as one without any regional bias.

However, the government lost face when it freed hardcore militants in exchange for release of Mufti’s daughter Rubiya Syed who had been kidnapped by JKLF militants. Nevertheless, Syed became a known figure in national politics and he used this publicity to his advantage and with his deft canvassing, even managed to defeat the dynast Farooq Abdullah to become Chief Minister of J&K. On his demise, Ms Mufti tried to steer the PDP in the tricky waters of Kashmir politics, but she obviously doesn’t have the same degree of political acumen as her father and that’s why she ended up cozying up to BJP.

Ms Mufti is now following the steps of Late Mirza Afzal Beig when Sheikh Mohmmad Abdullah as Chief Minister was ditched by Congress rulers before emergency in June 1975 and dethroned. This unexpected development came like a bolt from blue for Sheikh Sahab and his health deteriorated , so badly that there was a widespread feeling amongst the people that towering ‘Sheikh’ will not survive. Mirza Afzal Beig was famous in Kashmir for his political genius and presence of mind and he played a very clever political game when the 1977 elections were around the corner.
In a hand he held Pakistani ‘Noon’ (Salt) while with the other hand he waved a green handkerchief and thus gained support of gullible Kashmiris.

As expected, the National Conference won the polls with a thumping majority, but instead of restoring ‘autonomy’ which was the main feature in their poll manifesto, they passed the Grand Land Bill under which non-locals can acquire land on lease in J&K. This move was challenged by Late Abdul Ghani Lone and hardliner separatist Syed Ali Shah Geelani, an advocate of J&K’s merger with Pakistan, but this bill came into force.

Now mainstream political parties have again started playing with the emotions and sentiments of Kashmiris by taking up the issues Flags, Articles 370 and 35A. Let us not forget that NC ruled the erstwhile state of J&K for more than 30 years promising ‘autonomy’, while PDP assured ‘self-rule’ to the people. Unfortunately, J&K neither got ‘autonomy’ nor ‘self-rule and both have done hardly anything as far as working for the common interests of denizens due to which development and prosperity have remained a distant dream.

Every party in J&K makes big promises to the people but fails to deliver when it comes to power. Not only this, it gives assurances that are unachievable and one such example is the transfer of power projects in J&K from the centre to the erstwhile state and making J & K power surplus. But power is a national resource on which a state can be given some benefits in allocation but not exclusive rights. So, showing greener pastures to innocent people where there are none is not a genuine approach and by doing so, your forefathers have not only eroded special status of JK but also destroyed generations.

Ms Mufti has a strong support base in South Kashmir because she hails from here. But after coming to power through a coalition with BJP, she lost much of her popularity due to poor governance as well as insensitive remarks like the ‘toffee’ comment. Therefore, the flag issue has now become a mere tool for Ms Mufti to regain the lost stronghold that her father had managed to make while with Congress in J&K. Thus, with nothing else to offer, erstwhile political rivals have now come on a single platform in an attempt to gain the power by exploiting the flag issue, which has nothing to do with the actual problems being faced by the locals.

There has been some speculation about J&K’s status as a state being restored in future. But even if that were to happen, now that ‘special status’ is a thing of the past, NC and PDP will have to decide whether and how they would want to identify themselves in ‘mainstream’ politics. After abrogation of Article 370, new entrants in Kashmiri politics like former IAS officer-turned-leader Shah Faesal have dropped out of politics and in the past one year, there has hardly been any new major political force that has emerged in the Valley.

If the PDP and NC wish to showcase their public support in Kashmir, then they have no other option but to prove the same through an election but with the Abdullahs and Ms Mufti saying that they will not re-enter the political arena till Article 370 and statehood is not restored, they have created a Catch 22 situation for themselves. Lastly, if they decide to continuing to boycott the electoral process it will get them nowhere and this approach will create an existential crisis for both the NC and PDP, something both parties wouldn’t want.

So, while political parties make noise over flags and Article 370, the people of Kashmir need to be extremely watchful and not fall into a trap set by politicians in order to further their own vested interests.