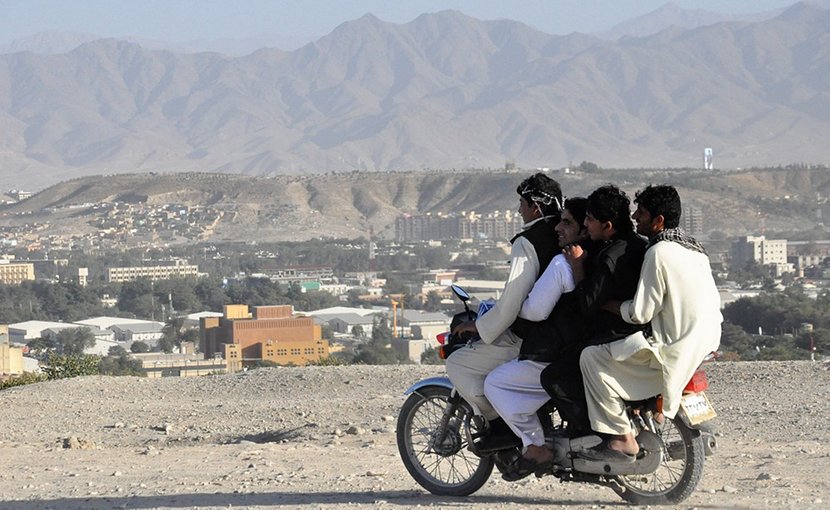 When the international community talks about a “regional solution” for Afghanistan, mostly it is referring to the situation in Pakistan. Sometimes the regional solution is expanded to include India and China. Until recently, it was rare for the Central Asian republics to be discussed in this context.

This is because many people fail to see Afghanistan for what it really is — a Central Asian country. Afghanistan is not part of the Middle East, and referring to it as part of the so-called “broader Middle East” is also misleading. At least half of the country is culturally, historically, economically and geographically part of Central Asia. Policymakers must recognize this.

While the current focus on Afghanistan is on peace talks taking place in Doha, longer-term economic prospects will be realized through greater economic integration with Central Asia.

Connecting Afghanistan with the broader region and international markets is part of the solution to bring prosperity and stability to the country.

Free trade has been shown to improve livelihoods and lift people out of poverty. As a recent World Trade Organization study concluded: “Trade liberalization helps poor countries to catch up with rich ones, and this faster economic growth helps to alleviate poverty.”

Landlocked Afghanistan suffers from a lack of connectivity with its neighbors, but this has not always been the case. For centuries, going back to the Middle Ages, what is now called Afghanistan was an integral part of regional trade along the Silk Road. Cities such as Balkh, Badakhshan, Bamiyan, Kabul and Herat were important trading stops on this trading route.

Thankfully, there is a growing recognition that Afghanistan’s economic future is closely linked to Central Asia. Today, the country has the potential to occupy this important role again by serving as an important trade route not only east to west but also north to south. Regional trade and infrastructure projects in the pipeline could bring significant benefits to the Afghan economy and the region.

Currently, three rail links connect northern Afghanistan with Central Asia — one offers a connection with Uzbekistan and two connect with Turkmenistan. These links will play a major role in Afghanistan’s participation in future regional transit projects.

There are also efforts to connect Afghanistan with Europe via Central Asia. In December 2017, Afghanistan, Turkmenistan, Azerbaijan, Georgia and Turkey signed the Lapis Lazuli Corridor Agreement. The goal of the corridor is to transport goods between Europe and Afghanistan in seven to nine days using a network of rail and ferries.

There are also important north-south projects in which Afghanistan serves as a key transit country connecting Central Asia with South Asia. The Central Asia-South Asia power project, also known as CASA-1000, was inaugurated last February in Afghanistan. This project will bring surplus electricity from Tajikistan and Kyrgyzstan to Afghanistan and Pakistan.

Another major scheme, the Trans-Afghanistan Pipeline project, could fundamentally change the natural gas connectivity of Central Asia. When complete, the proposed 1,700 km pipeline will carry natural gas from Turkmenistan to India, helping to end Russian and Chinese hegemony over the region’s energy market. In addition, a fiber-optic cable will run alongside the pipeline.

Central Asian countries such as Kazakhstan and Uzbekistan understand the importance of stability and prosperity in Afghanistan. While Kazakhstan does not share a land border with Afghanistan, it is intertwined through historic trading routes that still link the two countries. Over the years, Kazakhstan has played a constructive role in Afghanistan. As the region’s biggest economy and a secular republic, it has a direct interest in ensuring that Afghanistan becomes stable.

Since the death of former President Islam Karimov in September 2016, Uzbekistan has made gradual, but important, steps toward opening up and reforming its governance. Relations with neighboring countries, which have been strained for years, are beginning to improve. This new approach under the leadership of Karimov’s successor, Shavkat Mirziyoyev, holds immense promise for the region, especially for Afghanistan.

As the largest international donor, and the country that has been most involved in helping Afghanistan for the past two decades, the US has a role to play in facilitating economic relations between Afghanistan and Central Asia.

Thankfully, there is a growing realization of this in Washington. The Trump administration’s strategy for Central Asia published last February placed an important focus on Afghanistan’s role in the region. Two of the six “policy objectives” directly deal with Afghanistan: “Expand and maintain support for stability in Afghanistan” and “Encourage connectivity between Central Asia and Afghanistan.”

It is anyone’s guess how the Doha peace talks will play out. If anything, the outlook is far from good following a recent spike in violence. But regardless, the international community cannot give up on Afghanistan. It must find ways to help the country achieve not only security but also economic prosperity. Helping Afghanistan and the Central Asian republics to integrate and realize their potential for trade and economic partnership can go a long way to achieving this goal.

If history teaches us anything, it is that Afghanistan and the combined countries of Central Asia form an integral part of broader Eurasian trade and commerce. This is how it was in the past and, with the right approach, how it will be in the future.