For months, officials across the country have been war-gaming the 2020 election through so-called ‘tabletop exercises’ that projected various outcomes for the electoral contest now less than 24 hours away. Organized by DHS and others since February, one of these scenarios is likely to play out tomorrow, and one group, in particular, is making sure that state and local authorities have all the legal resources they need to face what promises to be a pivotal – and perhaps, historically violent – U.S. presidential election.

Across the nation, businesses are preparing for a repeat of the mayhem that spread throughout the country during the George Floyd protests. Lumber and hardware stores in major cities are seeing a considerable spike in business as other retail establishments board up their storefronts. Laborers board up windows at the Saks Fifth Avenue in Beverly Hills ahead of the contentious presidential election on Tuesday. Chris Pizzello | AP

In Seattle, demand for plywood has skyrocketed in just the past two weeks. Nearby Portland, Oregon, where nightly protests have continued uninterrupted since May, is also gearing up for intensified civil unrest. The preparations at the state level go far beyond concern over a few broken windows, however.

A neoliberal think tank filled to the brim with Obama-era national security officials, called the Institute for Constitutional Advocacy and Protection (ICAP) at Georgetown Law Center, has been advising government officials via states’ District Attorney Offices (DAO) throughout the nation since the summer. ICAP has been churning out “critical resources to help local governments and community members across the country protect public safety” in partnership with the Anti-defamation League (ADL) and a “coalition of the nation’s leading law firms”, which have been working pro-bono to offer “legal principles, best practices, and creative solutions for local jurisdictions” to confront “political violence” according to a July press release.

The outfit’s legal director, Mary McCord, spurred the creation of a special task force to fight “voter suppression” in Philadelphia, to “work alongside the City Commissioners and our partners in law enforcement, government, and community to ensure that no Philadelphian is intimidated, misled, threatened, or harmed as they cast their ballot,” as Philly DA Larry Krasner revealed in early October.

Pennsylvania is likely to see its fair share of civil unrest, given the critical role it played in the 2016 election and other notable factors, such as the Transition Integrity Project (TIP), recently covered by Whitney Webb and Ryan Christian. But, according to McCord, other parts of the country – particularly the northwest – could be primed for more serious problems. “There’s a great potential for civil unrest in Washington [state],” due to the large number of paramilitary units in the region, McCord told In Homeland Security, in a recent article about the prospect of Gov. Inslee deploying National Guard troops at the polls.

She warned of groups like People’s Rights, which was founded by anti-government activist Ammon Bundy, who captured the national spotlight in 2016 when he led the occupation of the federal Malheur National Wildlife Refuge in Oregon. The organization boasts over 26,000 members in 15 states but counts Washington as its largest stronghold.

Washington – along with Oregon and Pennsylvania – is among five states identified as “at risk” of increased militia activity around election time in an ostensibly independent report published two weeks ago by a U.S. non-profit called the Armed Conflict Location & Event Data Project (ACLED), which like ICAP’s nationwide campaign, launched its “US Crisis Monitor” project to “provide real-time data on political violence and demonstrations in America” last July.

As these various election security projects were getting underway, the George Floyd protests in Seattle were culminating with the arrest of 30 people during the violent take-down of the so-called “autonomous zone,” in what was one of the largest instances of civil disobedience outside of Minneapolis-Saint Paul.

Seattle’s Democratic mayor, Jenny Durkan, politicized tensions when she sided with the protestors’ call to penalize the police department in what remains a tug of war between city officials over her proposed budget cuts and police downsizing, many of which were vetoed by the City Council in September after negotiations between the mayor, Seattle Police Department (SPD) and council members broke down. On Friday, they unveiled a new plan to cut funding to the SPD by 17% as police officers leave the department in droves.

While Durkan continues to rake political mileage from the ongoing issue by refusing to appoint a new police chief after former Seattle police chief Carmen Best resigned in August, the rest of Washington is in a similar state of uneasiness, due in part to the disastrous intervention by DHS and fallout in nearby Portland, Oregon, as well as that state’s notorious links to white nationalist ideologues and armed militias.

Washington Governor Jay Inslee declined to state whether the 300 National Guard soldiers it is training to join hundreds of previously trained Guard members, will be deployed on election day. U.S. Attorney Brian Moran of the Western District of Washington, nevertheless confirmed that “robust preparations” have been made to protect “the bedrock of our democracy” come November 3rd and beyond.

The state of Washington is getting their ducks in a row for what many see as a referendum on the country’s ideological direction. A common theme of any election campaign, to be sure, but one which seems especially fraught with danger at this particularly volatile moment in history where deep political divisions are intersecting with a pandemic crisis, that has – in turn – brought on a frightening display of government power and top-down control over practically every aspect of normal life.

Preparations at the state and municipal level in Washington beyond have been significantly aided by ICAP, which has been pumping out copious amounts of materials – information packets, publications, and reports – to “help prevent unlawful paramilitary conduct and voter intimidation” on the eve of the election.

One such publication features nine bullet points, which describe what officials should be looking out for when identifying “voter intimidation.” The document also cites multiple instances of case law and sections of the U.S. code that apply to questions like free speech and its limits. In September, the Center put out fact sheets on “unlawful militias” across the country to help all 50 states “prepare for possible unlawful militia” actions at the polls. McCord’s opinion about what the 2020 elections could bring might be taken with a grain of salt if not for her central role in the historic 2016 election and its aftermath. McCord was the Acting Assistant Attorney General for National Security at the Justice Department between October 2016 – installed by Obama only days before Trump’s victory – until April 2017, when she left in the midst of one of the administration’s early purges, which had not yet filled the vacancies at the DoJ.

It was none other than McCord who led the DoJ’s investigation into alleged Russian meddling in the election and the Trump campaign’s suspected ties to Russian oligarchs. She was also a key player in the FBI’s initial investigation into the Trump campaign, code-named “Crossfire Hurricane,” and was one of the high-level Justice officials who reviewed the controversial FISA warrant renewals against Carter Page; two of which were deemed invalid by Bill Barr’s Justice Department in January. 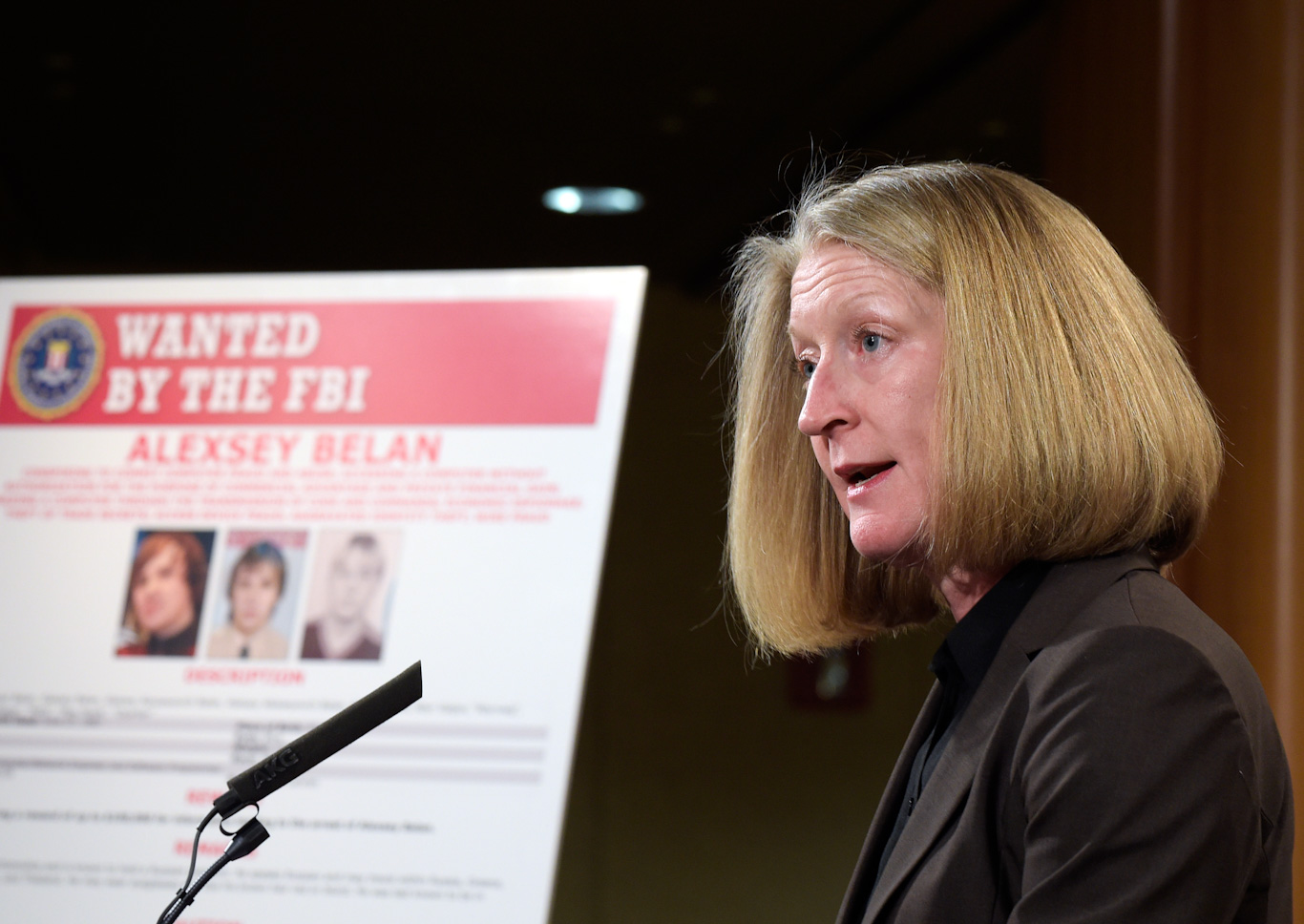 ICAP’s board is chaired by an asset manager from a notorious private equity firm with ties to a coronavirus surveillance system backed by Jared Kushner, and led on the faculty side by John Ashcroft’s lead defense attorney, Neal Katyal, who successfully challenged a lower court ruling in the Supreme Court on behalf of the former Attorney General, shelving a law that would have allowed civil suits against Bush’s former AG for abuses on “war on terror.”

Other faculty members, along with McCord and Katyal, include Executive Director Joshua Geltzer, former Senior Director for Counterterrorism at the National Security Council and member of the Council on Foreign Relations. From 2013 to 2015, Geltzer served as Counsel to the then Assistant Attorney General for National Security Division at the Justice Department, John P. Carlin, who in his capacity at the DoJ’s NSD, is suspected of covering up FISA abuses that were knowingly under review by the Inspector General at the time in order to move the Carter Page warrant forward. After he quietly resigned days after submitting his fraudulent annual certifications under Section 702 of the FISA Amendments Act, Mary McCord would replace John Carlin.

Rounding out the election operatives on ICAP’s board of directors is a former Israeli Defense Forces serviceman and Tel-Aviv University graduate named Arik Ben-Zvi, who was also chief communications consultant on national and local elections in Israel, Bulgaria, and the British Virgin Islands. Ben-Zvi is also co-founder of the Glover Park Group lobbying firm, which was hired by Egypt’s military coup regime in 2013 to do its bidding in Washington D.C. Ben-Zvi currently runs Breakwater Strategy, which is described on its own website as “a strategic communications and insights consultancy focused on navigating change, crisis, and the complex moments that make or break reputations.”

By and large, however, it is through Mary McCord that ICAP channels its drive and purpose. In April, she published an op-ed in the Washington Post condemning Trump’s alleged incitement to violence via social media and declared, outright, that the president’s tweets should not be considered “protected free speech.” McCord goes even further and suggests that the presidential tweets might even constitute a crime under federal law.

Despite vacillating over the answer to that question, McCord seems relentless in her pursuit of a casus belli that will not only justify the abrogation of freedom of speech but of public assembly and other constitutional rights.

Feature photo | The White House is visible behind a large security fence as uniformed Secret Service and FBI agents stand on the street in front of Lafayette Park in the morning hours in Washington. Federal and state law enforcement officials have begun expanded preparations for the possibility of widespread unrest at the polls on Election Day. Andrew Harnik | AP