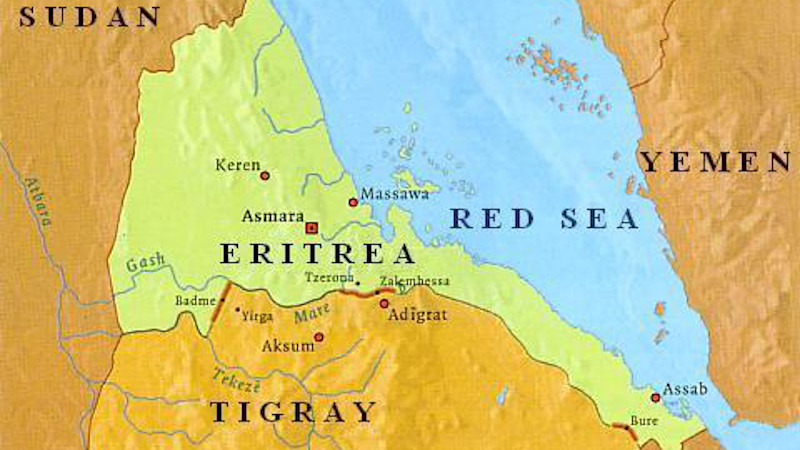 The Tigray People’s Liberation Front (TPLF) is facing a “final and conclusive” offensive against it by Ethiopian federal forces. On Tuesday, Dr. Abiy Ahmed, Ethiopia’s Prime Minister, declared that, “The three-day ultimatum given to Tigray special forces and the militia to surrender to the national defence…ended today. Following the expiration of this deadline, the final critical act of law enforcement will be done in the coming days.” The dire situation that the TPLF now finds itself in reflects just how precipitous its fall from power has been.

Ethiopia is divided into ethnically-based states within a federal system. That system had long been ruled by a coalition of four parties, which was known as the Ethiopian People’s Revolutionary Democratic Front (EPRDF). The EPRDF was largely dominated by the Tigrayan minority (led by the TPLF), who make up approximately only 6% of the country’s total population of 110 million.

Despite its years of corrupt, authoritarian rule, as well as its illegal military invasions and foreign occupations of neighbouring states, the TPLF was reserved a special place in the hearts of the international community. In particular, it was a “darling” of the West, especially the US and UK, regarded as a staunch ally against terrorism and a critical piece in promoting regional stability. Billions in assistance flowed to the regime, constituting more than a third of the country’s annual budget and making it one of the world’s largest recipients of foreign aid.

However, in 2015, large protests about land seizures and evictions, unemployment, torture and human rights abuses, widespread corruption, and economic and political marginalization quickly spread across Ethiopia and threatened to bring down the TPLF-led government. Thousands were killed or arrested, there was large-scale displacement, and the country was put under an extended nationwide state of emergency.

Additionally, although Ethiopia had been heralded as one of the top performing African economies, regularly posting impressive economic growth figures (albeit clouded by widespread skepticism about the validity of reported figures), it was also plagued by high levels of poverty and inequality, heavy foreign debt, rising inflation, a rapidly growing trade deficit, and a critical shortage of foreign currency, all of which put the economy in a perilous state.

It was against this backdrop of turmoil, mounting discontent, and widespread unrest, with the TPLF-led regime beginning to crumble, that Hailemariam Desalegn, who succeeded Meles Zenawi, resigned as prime minister in February 2018. Dr. Abiy Ahmed, then a relative unknown, was soon appointed as the new prime minister. With the pressing need for fundamental changes and dramatic reforms abundantly clear – even Desalegn acknowledged as much in his resignation letter – Abiy got down to work quickly. He loosened the state’s tight grip and control on the economy, privatizing key state-owned enterprises, pledged multi-party elections, publicly denounced the government’s use of torture and apologized for the killing of protestors, released thousands of prisoners and opposition leaders, and promoted reconciliation with exiled dissidents and critics.

The PM’s wide-ranging reforms also extended to dramatically shift the country’s longstanding policy toward Eritrea, with Abiy announcing that Ethiopia would finally unconditionally accept and fully implement the UN-backed Eritrea Ethiopia Boundary Commission ruling of 2002 (which was part of the international binding agreement that ended their 1998-2000 war, but had been rejected by the TPLF).

Abiy has by no means been perfect since assuming leadership and his government has made many mistakes. A lot of his reforms have stalled, security forces have often been heavy-handed, and the government has often fallen back into its troubling old habits. However, the TPLF remained intransigent and obdurate. It has sought to stymie any efforts at peace, democratization, reform, and change. Feeling increasingly marginalized, as well as deeply bitter and resentful about its loss of power and control over looted state resources, the TPLF retreated to its base in Tigray. All the while, it worked to promote conflict, tension, and chaos, hoping that the instability and insecurity would hurt Abiy, prevent reforms, and allow the group to regain some of its former dominance. Over the past two years, the group has also been preparing for war, stockpiling weapons, and training militias (using funds that were actually to be for Tigray’s people and development).

After tensions between the TPLF and Abiy’s government had been simmering for some time, things finally boiled over earlier this month. On 4 November, PM Abiy ordered federal troops to launch an offensive against the TPLF. Described as a “law enforcement” measure, the offensive came after the TPLF attacked a large national military base in Tigray. Although many have pointed the finger at Abiy as instigating the latest conflict, senior TPLF officials have confessed that it was the group that first launched the attack on the national military base.

Since then, Ethiopia’s federal forces, along with the support of several regional forces, have been encircling Mekelle, capital of the Tigray region and headquarters of the TPLF. Although exact figures are difficult to verify, it is believed that hundreds have died in the ongoing conflict, while approximately 30,000 people have been forced to flee their homes for neighbouring Sudan. There have also been troubling reports of massacres and war crimes.

Probably in desperation, last Saturday evening the TPLF fired several missiles into neighbouring Eritrea. The hope was that by doing so, Eritrea would be drawn into the conflict, thus internationalising the situation and forcing outside intervention to bring it to an end. Eritrea, however, has exercised considerable restraint and not responded, while there has been a growing list of countries that have condemned the TPLF’s attack. Moreover, many of the TPLF’s longtime strongest allies now appear to be abandoning it (including the US).

For nearly three decades the TPLF was “top dog” in Ethiopia and the West’s “local cop on the beat” in the Horn of Africa. It was showered with praise, given billions of dollars, and provided with unlimited support, despite its many horrors. This week, however, those days seem but a distant memory. The TPLF is now increasingly encircled, heavily embattled, and largely alone.