Dominion Voting System donated thousands of dollars to an anti-Trump Republican PAC linked to our Sec of State in Nevada.

Explain to me exactly “what” an election company is doing donating to ANY political side of an election they are contracted to run? 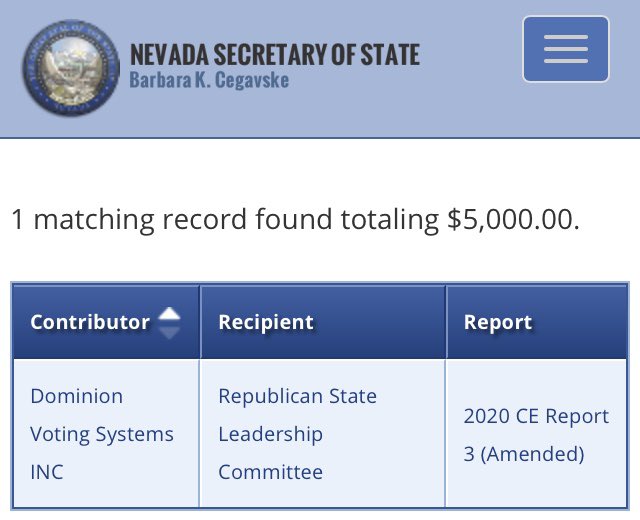