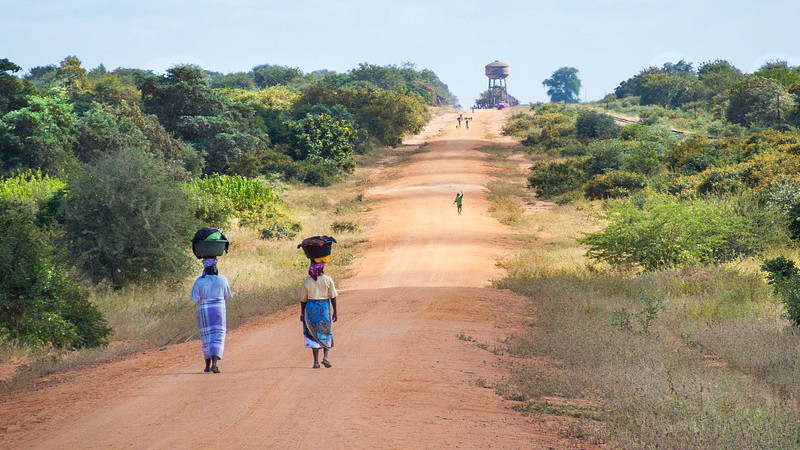 Aid groups in northern Mozambique say attacks on civilians have displaced close to 400,000 people during three years of Islamist terrorism.

Fifty-year-old Matumba Mussa said armed men showed up at his house in the port town of Mocímboa da Praia one October night and demanded he call his relatives.

After his three brothers arrived, the men set fire to his house and three others, then took his brothers into the forest, according to Mussa.

Three days later, he said, dismembered bodies were found in the forest.

Insurgents linked to Islamic State took over Mocímboa da Praia in August – one of a series of brazen attacks this year in Mozambique’s northern Cabo Delgado province.

Mussa fled south to the provincial capital’s Metuge refugee camp, becoming one of close to 400,000 people displaced by the violence since 2017.

The United Nations World Food Program’s representative in Cabo Delgado, Cristina Graziani, said they are working to assist those in need.

“The latest, official count is a bit above 366,000 people displaced in Cabo Delgado, in the province,” she said. “And that has obviously been an increase in the past six months. So, WFP has adjusted its program to try to cater [for] the needs, the emergency food needs, of these people. … Our monthly food ration covers 80% of the basic food needs of a family of five.”

As the insurgency and the number of its victims expand, concerns about the displaced are growing.

Borges Nhamire of Mozambique’s Center for Public Integrity — which promotes democracy and human rights — said the government needs to do more for displaced civilians in Cabo Delgado.

People are fleeing using their own means and the government does not have any logistics in place to evacuate people from conflict zones to safer areas like Pemba, he said. The government is there to receive refugees, he added, but they end up living with host families because there is no place to sleep.

Cabo Delgado’s fast-growing Islamist threat was underscored when local media reported in November the insurgents killed scores of people in a series of brutal attacks.

Mozambique’s state media reported militants in Muatide village rounded up more than 50 people, mostly young men, and beheaded them on a football pitch.

In April, local media reported militants shot or beheaded 52 young people in Muidumb district after they refused to join their ranks.

Mozambican National Defense Minister Jaime Neto told Radio Mozambique last month that they are fighting to eliminate the Islamist threat, adding that people must be patient and trust the security and defense forces.

Cabo Delgado has vast oil and gas deposits estimated to be worth $60 billion. Due to the threats from militants, though, development of the natural resource has been slow.

The Islamist attacks began in October 2017 when armed men overran police stations in Mocimboa da Praia. The insurgents and military have been fighting for territory ever since, leaving up to 2,000 people dead and hundreds of thousands displaced.