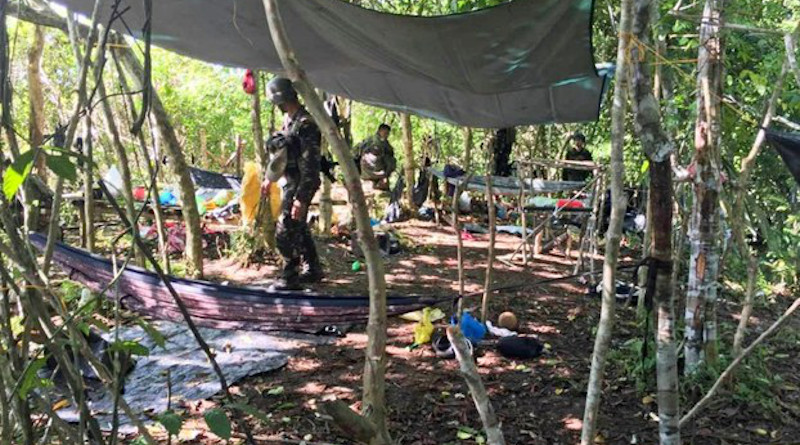 As many as 39 members of the Islamic State-linked faction of the Abu Sayyaf militant group surrendered, separately, to the Philippine military over the past week in the southern islands of Tawi-Tawi and Sulu, military officials said on Saturday.

Among those who surrendered was Alsadi Hanain, who is said to have participated in several high-profile kidnappings and executions of foreigners, the military said.

“The surrender was a result of the joint efforts of the local government and ground forces to peacefully return [the militants] to the fold of the law, while those who chose to continue the atrocities will be dealt with by the full military force,” Gonzalez said.

Hanain, who operated under the command of Hatib Hajan Sawadjaan, the leader of the Abu Sayyaf faction that has pledged allegiance to the IS, surrendered in Tawi-Tawi on Friday, said Lt. Gen. Corleto Vinluan, commander of the Western Mindanao Command.

“He turned over his weapon to intelligence operatives of the Marines in Bongao, Tawi-Tawi,” Vinluan said.

Hanain was in “custodial debriefing.”

Sawadjaan, under whom Hanain operated, has been blamed for engineering a double-suicide bombing carried out by an Indonesian couple that killed 23 people at a Catholic church on southern Jolo Island in January 2019.

Sawadjaan is believed to have been killed in a clash on the island earlier this year, but the military has not confirmed his death.

Del Torchio was freed in Sulu in 2016 after ransom payments were allegedly made, while Horn was slain by his captors in Sulu last year, during a rescue attempt by the military.

Hall and Ridsdel were executed in 2016 after the Canadian government refused to pay ransom. Sekkingstad’s government allegedly paid hundreds of thousands of dollars for his freedom in 2016. Flor, the woman abducted with them, was freed earlier that year.

The remaining 36 militants who gave themselves up surrendered in Sulu earlier this week, military officials said.

Those who surrendered in Sulu decided to turn themselves in because they had been operating without a leader since Abu Sayyaf sub-leader Misaya was killed in a clash in 2017, Gonzales said.

Misaya was blamed for a string of cross border kidnappings of mostly Malaysian nationals.

Intelligence officials had noted that one of the reasons the Abu Sayyaf militants had endured was that they were able to quickly change leaders and adapt to them.