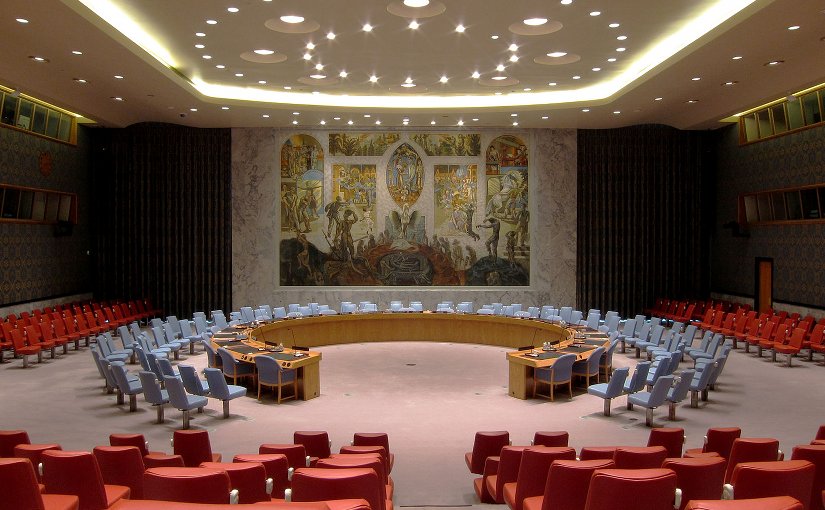 With the start of the New Year, India joins the 15-member United Nations Security Council (UNSC) as a non-permanent member for the eighth time. Along with Norway, Kenya, Ireland and Mexico, India will have a two-year term: 2021-2022.

Of the 15 UNSC members, five occupy a permanent seat. They have the right to veto resolutions: China, France, Russia, the United Kingdom and the United States.

India has been a non-permanent member of the UNSC for a total of seven times in the past. There was a 19-year break when India was not the member of the council after a term from 1991-1992.

India at the UNSC will be committed to multilateralism, rule of law, a fair & equitable international system. Its worldview is anchored in the ethos: “the world is one family”.

Diplomatic sources said, as a rule-abiding democracy and a positive contributor to the security of the global commons, India will work constructively with partners to bring innovative and inclusive solutions to foster development.

India calls for greater involvement of women and youth to shape a new paradigm.

Such a role must be more effectively undertaken by the Security Council, in the post-COVID19 context, it adds.

Terrorist groups have linkages across borders, regions and continents in recruitment, financing and operations.

Therefore, India is committed to combat this menace in all its forms and manifestations. Subsequently, India will pursue concrete and result-oriented action by the Council aimed at:

Diplomatic sources also stress the need for reforming multilateral systems because there is widespread concern at the inadequacy of the existing multilateral institutions to deliver results or meet new challenges.

Furthermore, there is a need to promote greater cooperation in multilateral institutions. Reformed multilateralism is a ‘must’ for the post-COVID19 era. A first and vital step is the reform of the Security Council. It must reflect contemporary realities to be more effective.

Diplomatic sources said, India will have a unique opportunity to demonstrate its ability as a global power and strengthen its claim to a permanent seat together together with Japan, Germany and Brazil.

Counter-terrorism, maritime security, scientific research, technological development with a human touch and maintaining international peace as the main agendas are expected to pave the way for a permanent seat at the UNSC.

Besides, some of the statistics strengthen India’s demand for being given a permanent seat.

India is the fourth-highest troop-contributing country at the United Nations. A total 6,700 Indian troops are deployed in UN peacekeeping currently and over 200,000 Indians have served in several such UN missions since 1948.

As many as 160 Indians have lost their lives serving under the UN flag.

In 2007, India became the first country to deploy an all-women contingent to a UN peacekeeping mission.

India will seek to leverage its strength to improve peacekeeping efforts around the world.

Also, India is the vaccine manufacturing hub of the world.

Almost 60 per cent of vaccines distributed around the world come from India, which means one out of every three vaccines.

The cost of production and clinical trials is the lowest in the world in India.

As the world’s pharmacy, India would seek to reform the global institution to respond better to health crises in the future.

The common perception suggests that the non-permanent members are powerless as they don’t have the power of veto. However, this is not entirely true as these members have what is called as ‘collective veto’.

To pass any resolution in the Council, at least seven non-permanent members should agree to it.

Even, if the permanent members have already said ‘yes’ to a resolution, it still needs the backing of at least seven non-permanent members. This is what is called a collective veto.

As president, they can decide the topics of debate and issues they think are important to be discussed at the high table.

Non-permanent members also preside over several committees and working groups at the UNSC.

“Keeping all these aspects in perspective, Indis has plenty of room to lead from the front and strengthen its case to grab permanent membership,” according to diplomatic sources.