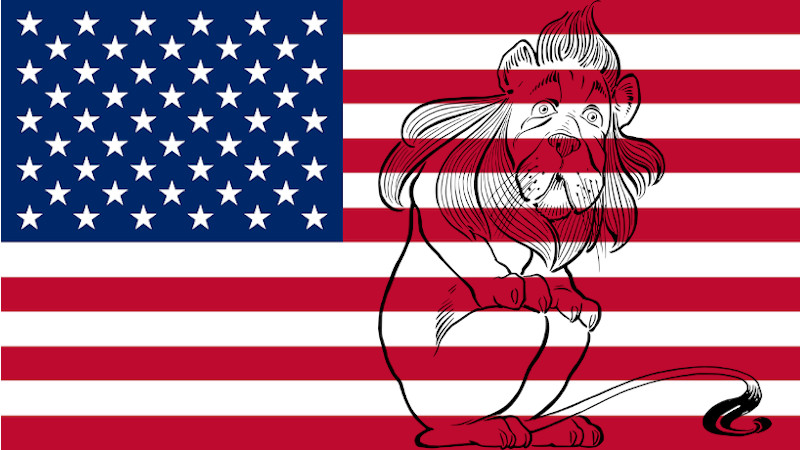 The enemies of America have learned some salient things about American leadership and also how easy it is to take over the country, without invasion or even firing a shot.

They have realized that America, with its immense and open lobbying opportunities, the ability to literally buy off and pay for their very own “pet” senators, congressmen, federal and state judges, and myriad members of the executive branch (including the president), that the “boiling frog” approach to taking over and dominating America (and its citizenry) is the best approach, rather than some type of “Red Dawn” nonsense which would galvanize the people, unite them, and force them to cry out “Molon Labe” while shooting back and sabotaging the newly invading government from mountains and hilltops.

Rather, America’s enemies have set aside hundreds of Swiss bank accounts, “sweetheart deals” with U.S. Government leaders’ family members, business cronies, and friends, and other covert tactics of bribery and coercion to get American leaders to rule the American people with an iron fist, where their votes and sentiments and dreams are purposefully sabotaged and blunted, to mean nothing.

Make no mistake – these foreign enemies, aided by their domestic aiders and abetters (private and public entities) routinely commit grave and horrific acts of violence, civil liberties and human rights violations, the takings of life, liberty, and property in complete and total violation of the 5th and 14th Amendments, going so far as to frivolously and fraudulently remove American citizen’s children from them using the family courts and DHS/CPS, locking them up in prisons for crimes that they did not commit, openly surveillancing and monitoring them without their knowledge or permission in gross violation of the 4th Amendment, all in all culling and milking the American people for all that they are worth through taxation without representation, denying them credit and loans to purchase their own property in furtherance of the communist manifesto where the states/oligarchs own everything, and now lately in the last few years, the crushing of their First Amendment rights through the use of massive Big Tech to squelch and silence any dissidence or ideas which would have made the Founding Fathers roll in their graves.

But the problem is, the American peoples’ leaders are by and large cowards and traitors – even the “famous ones” that claim to “buck the tide” and “fight the deep state” are more in love with their country clubs, photo ops on FoxNews and CNN, posh and cushy big (and multiple million dollar houses), free perks and jets and “truth finding” vacations to foreign lands, hob-knobbing with the global elite, partaking of the richest and most rare foods and torrid sexual experiences, and other behavior patterns more akin to the leaders of Soddom and Gomorrah, then an American leader, vis-a-vis the men who fought and died to form this country in the 1600s and 1700s to free this land from the yoke of European and international monarchy and tyranny.

This same story happened in ancient Rome, time and time again, when the Roman senators and leadership, arrogantly wearing their purple fringed togas would lord it over the people whom they derided as “plebeians,” or “peasants,” who would then engage in round after round of revolution over the centuries, in order to re-establish honesty and purity in government, because ancient Roman “patrician” leadership’s mistake was openly revealing and allowing their repression, violence, family separation, whippings, beatings, starvation, exploitation, disdain, disrespect, disgust, and oppression of their people to be out in the open – today’s American leaders (in all 3 branches) cover the iron first of their abuse of the American people, with subterfuge, false modesty, gentility, and with a proverbial purple velvet glove.

The article America’s Government Leaders Are By And Large Cowards – OpEd appeared first on Eurasia Review.