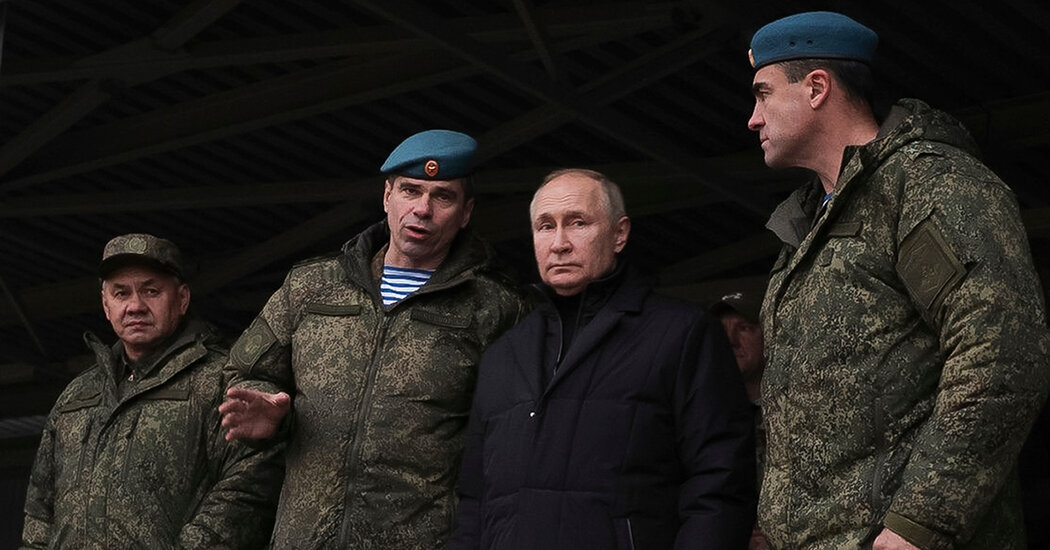 Big decisions about Ukraine are President Vladimir V. Putin’s to make, but the Kremlin and state media are distancing him from the setback in Kherson and downplaying its seriousness. 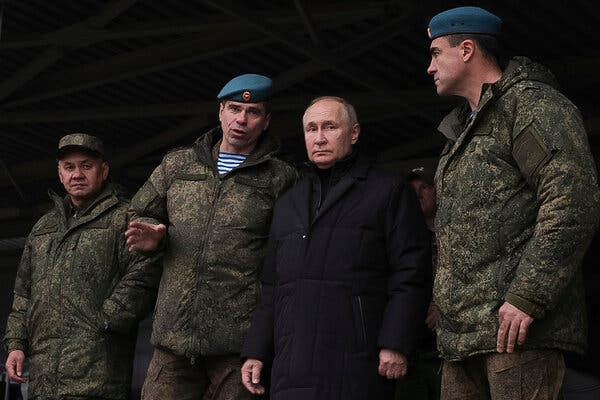 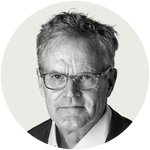 When Gen. Sergey Surovikin was appointed the overall commander of Russian forces in Ukraine a month ago, the Kremlin’s cheerleaders in the media lauded him as exactly the kind of severe warrior needed to bring order to the stumbling invasion. “General Armageddon,” some called him.

The general appeared on national television in a rather different role on Wednesday: He was the designated bearer of bad tidings, announcing that Russia should abandon the southern regional capital of Kherson in order to preserve the lives of its soldiers there.

President Vladimir V. Putin, who in a belligerent appearance in Moscow’s Red Square just weeks earlier had declared Kherson part of Russia for eternity, was somewhere else — celebrating the 75th anniversary of the federal Medical-Biological Agency.

The distance was deliberate. With each new pronounced setback in Ukraine, however, it is getting harder for Mr. Putin to separate himself from the whiff of failure, which is gradually eroding his image as a decisive, indomitable leader.

“This is a personal regime, and in general the public understands very well that it is Putin standing behind all the important decisions,” said Abbas Gallyamov, a former Putin speechwriter turned political consultant. “He is the central pillar in the construction of the system, and if he is shaking, the whole system is shaking.”

By the entrance to an abandoned Russian base in the village of Snihurivka, along the Kherson front, on Thursday. Kherson was the first major city in Ukraine that Russia seized.Credit…Lynsey Addario for The New York Times

To be sure, there is no immediate challenge to Mr. Putin’s considerable power, and the combination of a muscular propaganda machine and draconian laws to silence dissent ensure barely a ripple of public protest. Yet after presenting Kherson as a major prize seized early in the war, one that would provide a steppingstone to claiming the entire Black Sea coast, each new step backward raises questions about why Russians should trust the Kremlin.

“It will chip away at the narrative of Putin as the great leader,” said Cliff Kupchan, chairman of the Eurasia group, a political risk assessment firm in Washington. “It will be another problem for him as he tries to rally the Russian public behind his war effort. You don’t lose your biggest prize and not suffer at all for it.”

In order to end what has turned into a misbegotten war, Mr. Putin needs some manner of triumph, analysts said. To keep fighting risks further failures, but to call a halt with little to show for his invasion would undermine his main justification for his more than 20 years in command — rebuilding Russia as a great power.

Mr. Putin does not need a real victory, said Mr. Gallyamov, just something that he can sell as leaving Russia better off than it was before. “He cannot stop and he cannot continue,” he said, “so he is at an impasse.”

The Kremlin propaganda machine swung into action to try to blunt any criticism of the retreat from Russian-held territory west of the Dnipro River, including Kherson. On state television, Vladimir Solovyov, a prominent talk show host, called it a “difficult” decision and admonished, “Trust the generals.”

Mr. Putin has long relegated generals to the back seat, uneasy that any might steal his limelight. But General Surovikin has been given a high public profile, especially with the theatrical performance involved in recommending the withdrawal at a military briefing to the minister of defense, Sergei K. Shoigu, who then gave the order. The president would like someone else to be the face of defeat.

State media — and it is basically all state-run since the start of the war — rolled out its euphemism spinner and called the retreat the “Kherson maneuver” or a “regrouping,” insisting that it was merely a temporary setback.

The Kremlin also seemed to have moved beforehand to defuse any criticism from two of the harshest critics of the military’s performance: Ramzan Kadyrov, the pugnacious leader of the Republic of Chechnya, and Yevgeny Prigozhin, the founder of the Wagner military contractor company. Mr. Kadyrov said that General Surovikin was acting like a “true combat general,” while Mr. Prigozhin, an ally of the general from years working together snuffing out the opposition in Syria, praised the decision as well.

Russian pundits have said with each new defeat that the country is fighting the entire West, whose unified front will crack soon. This time, pro-Kremlin commentators also noted that for centuries Russian forces have emerged victorious from wars that initially seemed like disastrous defeats, including World War II.

But cracks appeared among right-wing supporters of the war, including military bloggers who described the pullback in catastrophic terms. Konstantin Malofeev, a tycoon with his own religious-oriented television network, said that Russia had become a nation of greedy commercial interests and that it needed to reawaken its fighting spirit. “We are warriors. We are the Empire,” he wrote on his Telegram channel.

There were also mocking voices, even if most such criticism has been stamped out by the threat of heavy prison sentences. Where does Russia’s territory end, asked one man wryly on Twitter, using an expletive to write: “Where it hasn’t been beaten.”

From a military standpoint, the withdrawal actually made sense, analysts said, assuming that it did not turn into a feint. The estimated 15,000 to 20,000 Russian soldiers holding Kherson and its environs were some of the best, most experienced troops that Russia still has after losing so many such units in the fighting earlier in the year around Kyiv and Kharkiv, said Edward Arnold, a former British Army infantry officer and the European Security Research Fellow at Royal United Services Institute in London.

Although withdrawing troops across the Dnipro is a risky operation under fire, he said, a successful pullback means that “they are able to preserve some of their combat power, which is really necessary.”

Russian troops are heavily dug in on the east bank of the river, and from there the front line stretches northeast for hundreds of miles. Behind that line lies the Donbas — the industrialized region of southeastern Ukraine that the two sides have fought over for eight years — plus the land bridge linking Russia to Crimea, as well as the canal that supplies water to the illegally annexed peninsula.

Preserving all that terrain is far more important to Mr. Putin and his war aims than the city of Kherson itself, analysts noted.

Some suggested that the move be taken at face value; that the eastern bank of the Dnipro River would be much easier to defend. If fighting becomes less intense over the winter, Russia could use the pause to consolidate its hold on that territory and to give new soldiers more training than the thousands of green draftees now being thrown onto the front lines to plug holes.

Moscow could even propose a cease-fire and negotiations, though President Volodymyr Zelensky of Ukraine has flatly rejected anything of the kind as long as Russia still holds vast stretches of Ukrainian territory. U.S. officials have reportedly tried to nudge Kyiv in that direction, while publicly denying it; Gen. Mark Milley, chairman of the Joint Chiefs of Staff, said on Thursday that a winter lull would be an opportunity for peace talks.

The problem now for Mr. Putin is that he sold Kherson as a major prize in the transition to Russian rule, suggesting that he was recreating Novorossiya, or New Russia, the lower half of Ukraine first taken by the Empress Catherine the Great.

“This was Putin’s jewel in the crown of the war so far,” said Mr. Kupchan. “I have to say that his crown is conspicuously short on jewels.”

Destroyed military vehicles at the entrance of the village of Snihurivka along the Kherson front on Thursday.Credit…Lynsey Addario for The New York Times